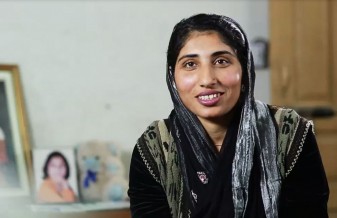 Sultana Bibi, the eldest sibling in her family, was determined to create a better life for her three younger siblings. Thanks to FINCA loans and her growing multiple businesses, Sultana’s three siblings proudly study at a better school.

Although it is a resource-rich country, Pakistan suffers from regional strife, high inflation and low growth. Moreover, the country’s public education system does not prepare citizens for the modern economy. Pakistani women average seven years in school, and men, eight. Their combined literacy rate is only 55 percent. Officially, around 30 percent of the population lives in poverty. However, in 2014, the UN Human Development Report estimated poverty at nearly 50 percent of the population. Since then, static incomes and rising prices—especially of food—have plunged more Pakistanis into poverty.

Headquartered in Lahore, the bank has been serving, since 2013, more than 400,000 clients through 100 locations in the country. By offering individual, SME, and rural loans, savings, money transfers services and insurance, FINCA Microfinance Bank is helping clients in the informal economy create their own jobs, build small businesses and improve the quality of life for themselves and their families.