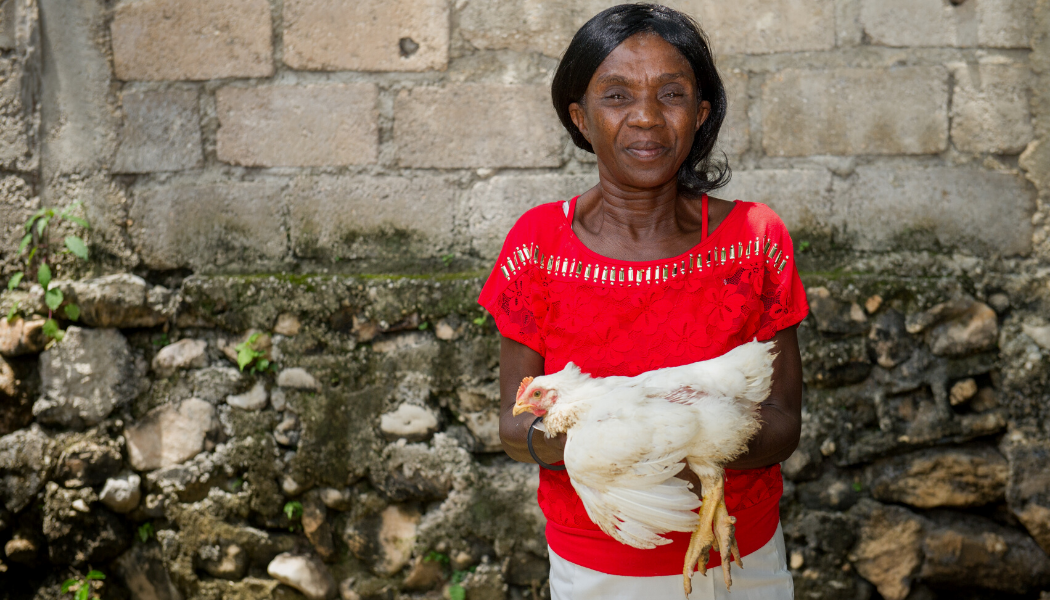 Marie Marthe Rosie, is a single mother of 3 from Carrefour, Haiti, her life was turned upside down when the 2010 earthquake struck Haiti, destroying her home and forcing her family to move in with her sister.

I have to work even harder as a single mother to provide for my family.

Marie dreamt of starting an agribusiness raising chickens. This was made possible in February 2015 when Marie and her neighbours formed a village bank with FINCA where she obtained her first loan. She purchased and raised young chickens to maturity before selling them for profit.

Raising livestock was a successful endeavour and for Marie, there was an added benefit: she was able to spend most of her time at home. Prior to this, she was selling food at the local market and was constantly worried about her money or inventory being stolen during her trips.

With the help of FINCA loans, Marie was selling chickens in bulk and making a substantial profit. She said:

FINCA changed my life a lot.

FINCA loans are made possible through partnerships and donations by generous donors.