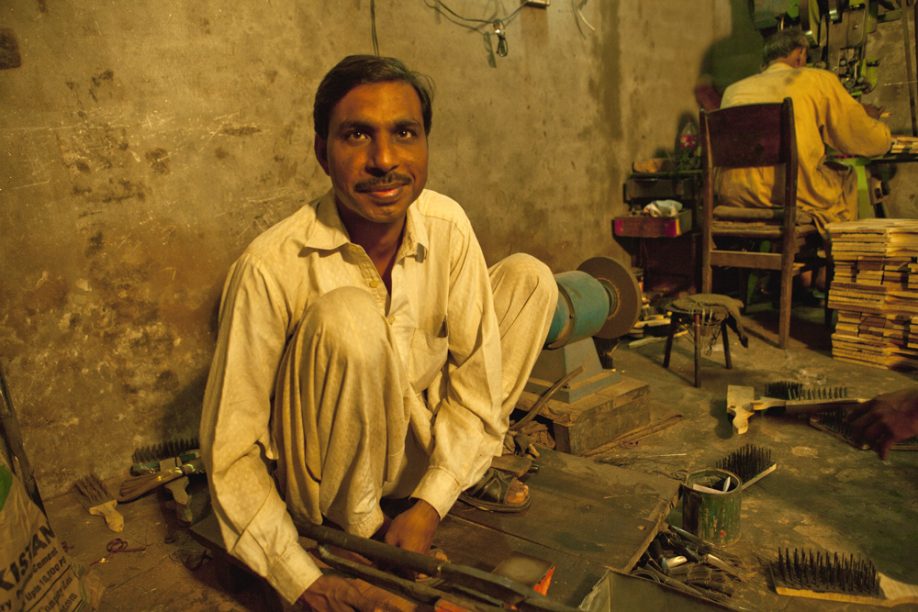 Rashid Ali describes growing up in a very poor household where his father struggled to support the family. Even though he was a good student, Mr. Ali decided to drop out of school and help his father, sacrificing his own chance at an education so that his younger siblings could stay in school. He began working at a local power loom in Pakistan’s vast textile industry and, within a short time, he was factory foreman.

Then in 1996, his eyesight began to fail. Doctors were unable to treat his condition and in a short time, Mr. Ali was legally blind which forced him to resign from the factory to focus on his medical care.

For the next six years, he and his family struggled to adjust to the new reality of his blindness. Then he heard about a plant in his neighborhood that manufactured specialty wire brushes used in the construction trade. The owner of the factory agreed to hire Mr. Ali despite his blindness and, with a little extra training, Mr. Ali was able to do the job. He says the job gave him a sense of hope.

Eventually the owner laid Mr. Ali off but, by then, Mr. Ali’s confidence had grown to the point that he realized

he could have his own brush factory.

With the help of FINCA Microfinance Bank, Mr. Ali has steadily expanded his business, acquiring more machines, hiring workers, and selling more products. He has created three jobs so far, along with supporting his own family, and has plans to keep growing.