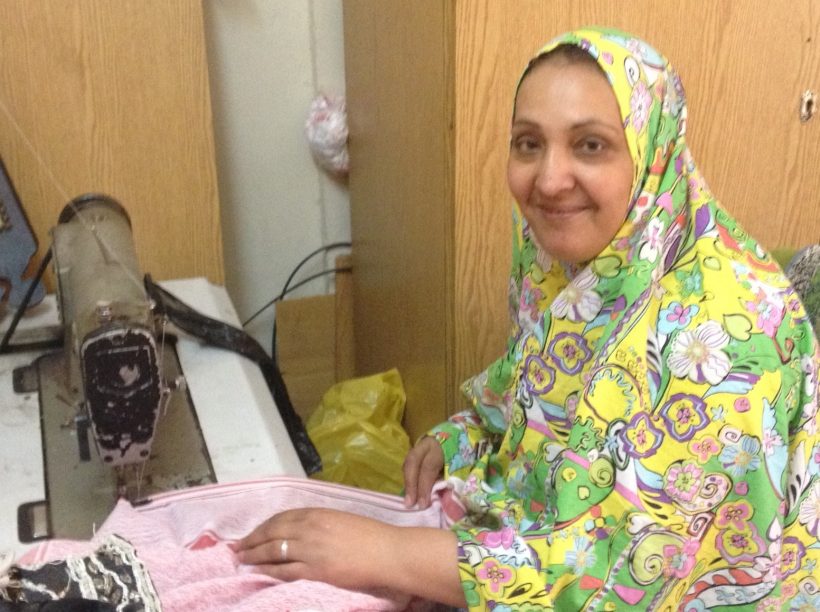 Becoming financially independent is one of life’s greatest challenges. But at 60 years old, FINCA Jordan client Naema Sayyed Muhammed Ahmed embodies the entrepreneurial spirit that, with the right support, can transform lives.

For over 30 years, Naema has been employed as a seamstress, bringing home a small salary that helped to pay the bills and send her two children to school. Yet, when her husband divorced her, Naema was left as the family’s sole provider. To survive, she used her sewing skills to start a side business making keffiyehs, traditional head scarves popular amongst Arab men, out of her small home in Amman.

Still, with little extra income to invest, she could not afford enough materials to increase production and grow her business. So when a friend told her about FINCA Jordan’s loans to support small businesses, Naema decided to give it a try.

In January 2011, Naema applied for her first loan from FINCA and received a commercial group loan for 300 Jordanian dinars, or $426. With that money, she was able to buy enough thread to produce more keffiyehs and increase her income. A year and half later, Naema is on her second loan with FINCA, this time for 510 dinars, and has more than doubled her production, allowing her to send her son to school in Egypt.

“FINCA has been so good to me,” remarked Naema with a smile. “Not only are they respectful, but they have given me what I need to make my business grow!”