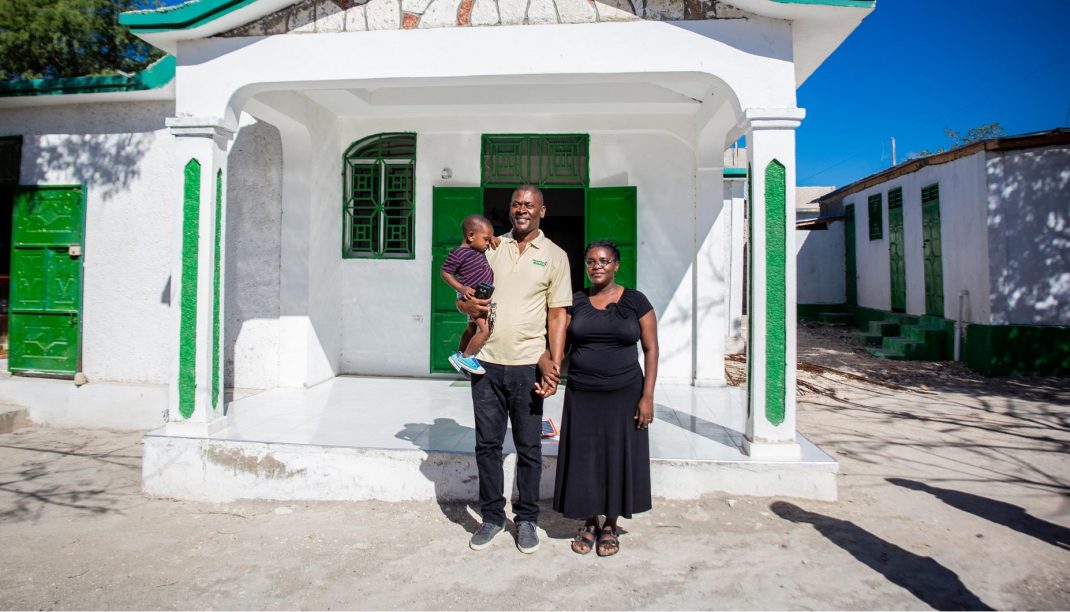 Kerlande Toussaint and her husband Annesse Aristild are profiles of tenacity and courage. They are natives of Gonaives, Haiti. Smart and studious, they both were able to earn college degrees, Kerlande in psychology and Annesse in pharmacy. Like many educated Haitians they had the option to leave the country and seek a better life. But Kerlande and Annesse wanted to stay and give back. In the early 2000s, shortly after getting married and welcoming their first child, the young couple moved to Haiti’s sprawling capital city of Port-au-Prince, a day-long bus journey from Gonaives.

During those early years, Kerlande and Annesse worked as teachers and found their passion. In 2006 they opened a small elementary school to educate children too poor to attend school elsewhere. The first few years were difficult, but by 2008 the school was becoming viable. Then disaster hit. On the afternoon of January 12, 2010, a magnitude 7.0 earthquake levelled their school, their home and much of the city.

While it was difficult to say goodbye, Kerlande and Annesse realized that it would take months if not years before Port-au-Prince would be functional again. Thankful to have survived, they returned to Gonaives and started over.

Starting Over After the Earthquake

Kerlande and Annesse found a large plot of land in a poor and neglected neighbourhood on the western edge of town, built a small house and founded their new school, Institution Les Freres Aristild. It opened with a single kindergarten class in late 2010. Among that first crop of students was their eldest son. Each year since Kerlande and Annesse have added one grade.

They applied for and received their first loan from FINCA in 2014. As Annesse notes, ever since then “the school has grown thanks to FINCA loans.” The money to pay teacher salaries and other operating expenses comes from tuition, a tiny bit of government money, and donations that allow them to offer scholarships to some of the most destitute families. But to build a new classroom or buy books and equipment, Kerlande and Annesse need cash upfront. That’s where FINCA loans have helped out time and time again.

“We really trust FINCA,” says Kerlande. “And we’re glad that FINCA trusts us. We used our loans to invest in the school. We know other people who get loans from big banks to buy cars or a motorbike. That’s not a good investment.” Kerlande and her husband have learned the hard way just how easy it is to lose everything so they make sure every dollar counts.

By March 2020, Kerlande and Annesse had a staff of 30 and more than 600 children enrolled from kindergarten through 10th grade. They look forward to the year 2022 when they will graduate their first high school class, including their eldest child, and when their third and youngest child will enter kindergarten.

Kerlande and Annesse hope that their children will follow in their path. Their eldest has already indicated that he might. “He wants to be an entrepreneur and a doctor,” says Annesse. “He wants to go to study in Canada, the United States or Cuba. And as long as he eventually finds his way back to Haiti, I will be happy.” Tenacity and courage got them where they are. And it’s their hope that it will take their children and their students to the same place.

The school has grown thanks to FINCA loans.