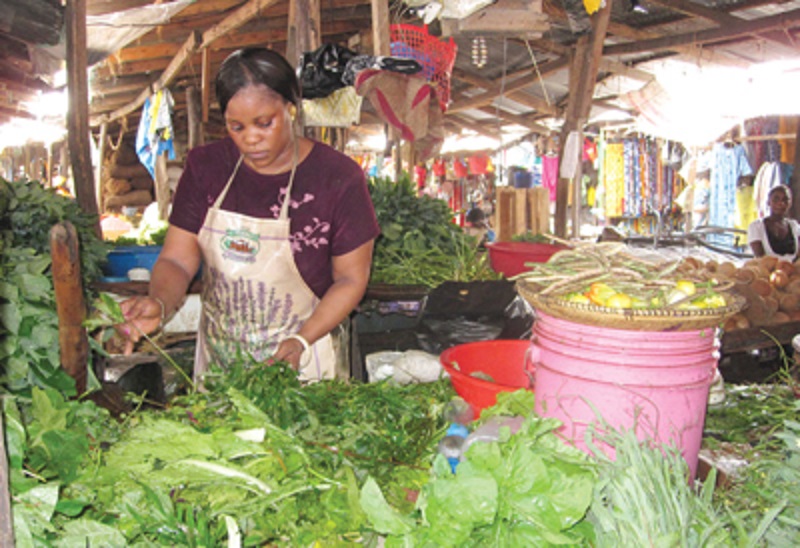 Jesca Makumbi is a 34-year-old mother who shares her life with her husband and son named Goodluck in Kitunda, Tanzania. Life had been going well for the young couple until 1999, when her mother died, leaving Jesca not only with the pain of losing her, but with the responsibility of raising her three siblings.

Up to that point, Jesca and her husband relied solely on income he received from his job as a meat vendor as well as some support from her mother, which had allowed Jesca to begin to save money so she could purchase a plot of land on which she planned to grow vegetables. But when the couple was suddenly faced with supporting her two sisters and brother, and the added responsibility of paying their school fees, Jesca knew she had to find a way to contribute to the family’s income.

Jesca took her small savings and used it to purchase vegetables, which she sold from the home the family rented. She first learned about FINCA from a neighbor who was a member of FINCA Tanzania’s Valentine Village Banking group. The neighbor encouraged her to take a loan because she was convinced that it would help her change her life by helping her expand her business. Jesca decided to join the group in 2005, and used her first loan of TZS 200,000 or about $130, to buy a variety of vegetables, rent a table at the local market, and pay school fees for her brother and sisters.

Today, Jesca is in her 29th loan cycle with FINCA Tanzania, is still a member of the Valentine Village Banking group, and currently has a loan for TZS 1,500,000 ($ 950).She’s added another product line to her business – selling chickens – and can now count on a regular roster of clients. She contracts with a wedding planner to provide food for wedding parties, and also supplies vegetables, fruit and chickens to five hotels on a weekly basis.

But according to Jesca, her greatest achievements are that she’s been able to save enough to purchase land and build a house, send all of her siblings through school – her youngest sister is now attending university – and her son is a high-achieving student at the English middle school.

Jesca says she hopes that FINCA will introduce housing and education loans so many other entrepreneurs can own a house and send their children to school.