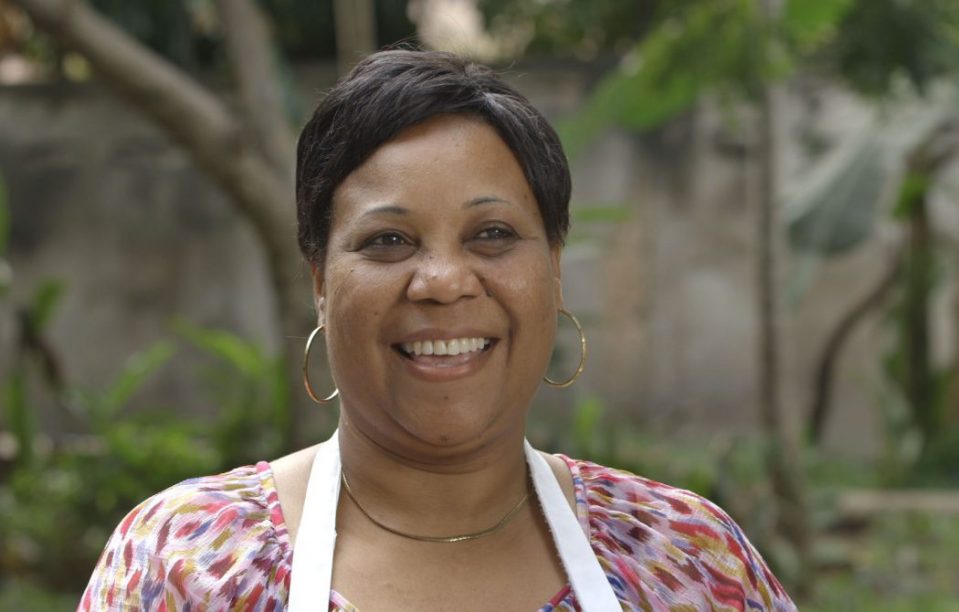 Jane Hendry, a mother of three living in the heart of Dar es Salaam, has been serving up zege (a Tanzanian specialty made with eggs and French fries) for decades. Her popular restaurant in the Upanga neighborhood, Jane’s Take-Away, is a thriving and bustling eatery.

“Because of FINCA, (my) business growth has grown.”

Years of growth and success were made possible because of Jane’s dream for a better future for her kids, an entrepreneurial spirit that never faltered, and FINCA Tanzania loans.

When Jane began her restaurant, she had no working capital and, as a result, wasn’t able to purchase equipment to store food. Every morning, she woke up early to travel across the city to purchase meat. But after one year of operations, Jane sensed she could grow… if only she could find a loan.

She first heard about FINCA through friends and, after investigating for herself, she was able to secure a small loan to purchase a fridge and a freezer. Her aim was small at first: to reduce the exhausting trip for meat to three times a week. But her drive to grow wasn’t satiated!

With her second loan, Jane was able to repair the roof of her kitchen. With a third loan, Jane purchased a vehicle, equipment, and a garden. With further loans, Jane was able to expand the seating area to accom­ modate her growing customer base. Today, Jane’s Take-Away is a famous restaurant amongst locals and continues to prosper.

“Because of FINCA, (my) busi­ness has grown, and if you (ask) around Upanga, everyone knows this place … and I have never had any complaint about the food!” Jane says with a laugh.

Jane is just one of over 120,000 FINCA clients in Tanzania, but tens of millions of other Tanzanians remain financially excluded. FINCA is working to change that through its new mobile services and agency networks.

Jane is excited that FINCA is supporting the mobile banking system, M-Pesa. She can pay for purchases for her business, make payments on her FINCA loan and do other financial transactions using her cell phone, saving her a lot of time.

“At first we were finding it difficult to make trips to the FINCA office because we had to travel a long way to pay back our loans. But now, they have made things easier for us. FINCA has considered our needs. They have established mobile payments so we can repay our loans more easily,” Jane said.

So what does Jane have planned for the future?

She is planning to take out additional FINCA loans to expand her catering services and add even more seating in the future. But beyond that, the one thing she is looking forward to most of all is being able to pay for her children’s education. Her daughter, who was in nursery school when Jane first started her business, is now attending university.