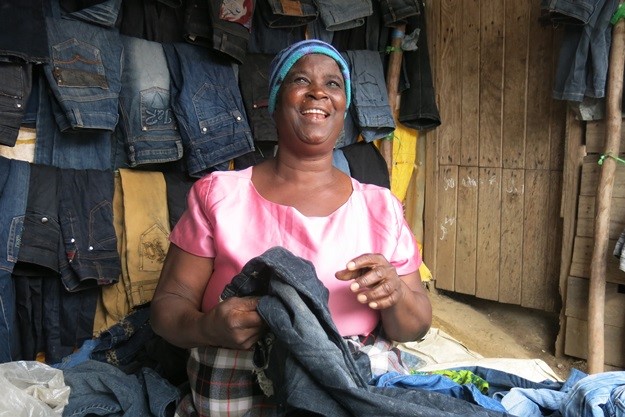 Fifty-nine year old Angelina Vincent was born and raised in a very remote area in rural Malawi, about 90 miles from the commercial city of Blantyre. Her parents were too poor to afford her education, and because of that, she had to drop out of primary school at a young age.

Economic opportunities were few and far between in Angelina’s home village, and she spent many years living idly at home with her parents. She eventually got married to her long time sweetheart, and they had three children together, living a hand-to-mouth existence.

Angelina’s fortunes began to turn when her brother gave her a small capital investment to start a small business selling firewood. Her earnings were very modest, but little by little, she started saving money, and her tiny business started to grow.

A decade later, Angelina heard about FINCA, and she joined the Kadokota Village Bank in her community. She invested her first loan by starting a fried fish business, a local treat known as kanyenya. She worked hard to repay her loans on time so she could acquire subsequent and larger loans.  Over time, Angelina’s income grew enough to eventually start another new business of selling second hand clothes. Today, she has begun a fourth business—a grocery and convenience store.

Her husband passed away while her children were still young, but on her own, Angelina managed to educate all three of them—something she never would have dreamed possible before becoming an entrepreneur. Although her children are fully grown now, the ambitious woman continues to build her enterprises to support her family.  Her ambitions are still growing too—she hopes to build and rent houses in her community.