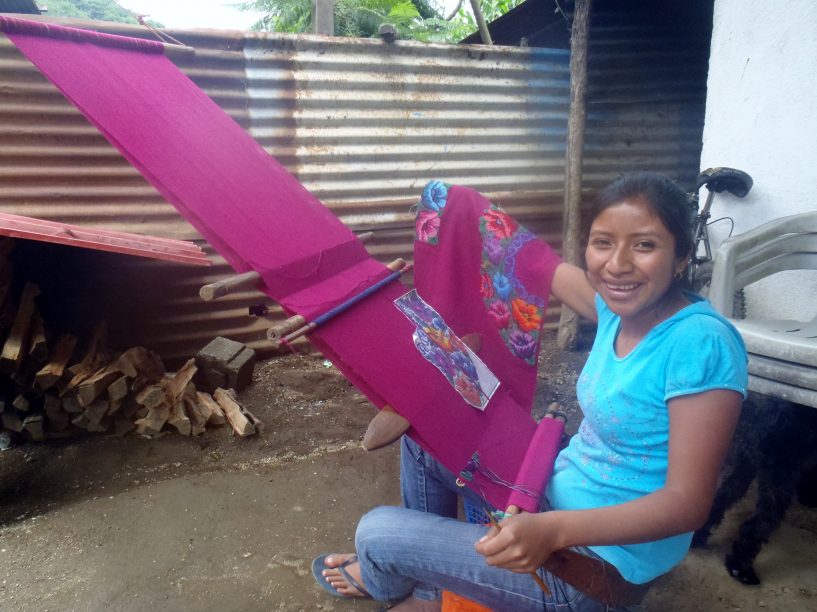 Livni Senovia Gomez Lopez was always a designer in her heart. She longed to have her own business, designing and weaving intricately embroidered clothes. She first learned her weaving skills while working for another weaver but the job did not pay enough to support herself. Livni relied on baking bread and chile rellenos to supplement the irregular income that came from weaving but even with the second job it was not enough to fulfill her entrepreneurial dream.

A friend of Livni’s invited her to form a Village Bank with FINCA Guatemala. They decided to name their group “La fé,” meaning “faith,” trusting that if given the opportunity, they would be able to grow. Livni received her first FINCA loan of USD 400 to invest in materials to design and weave huipiles, traditional, Mayan embroidered blouses.

With her first loan, Livni finally became a business owner. Though she was only able to weave one half-embroidered blouse per month, her profits increased substantially. She also increased her production of bread and chile rellenos to give her greater stability.

“I don’t worry about my expenses now,”

Livni said. “The profits come in and are sufficient.”

With the help of future loans from FINCA, Livni hopes to create a full-scale bakery of her baked goods to generate a regular source of daily income. Most importantly, for her passion for designing, she now hopes to weave fully embroidered blouses, which retails for up to three times more than her current pieces.