be_ixf;ym_202205 d_24; ct_50
Nicolasa Sacay’s mother died when she was just four years old. Thereafter she and her elder sister were raised by their father. And for a time it looked like the family tradition of weaving had died with her mother. Nicolasa knows that her father tried his best. To this day she admires him tremendously. But their little family was so poor that she and her sister had to roam the streets and alleys of their village to sell whatever items they could – chewing gum, eggs, onions – to help put food on their meager table.

As is not uncommon in the highlands of Guatemala, an aunt eventually took in Nicolasa’s sister and taught her to weave. And later her sister gave Nicolasa a basic education in weaving. An able pupil, Nicolasa got the chance to apprentice with a highly skilled weaver in the city of Quetzaltenango (commonly known as Xela). While in Xela, Nicolasa perfected her weaving technique on the traditional Mayan backstrap looms and also learned how to use a foot-powered standing loom. Nicolasa does not have fond memories of her life as an apprentice. Her days were long, the work was hard, and she was far from home. But Nicolasa credits the apprenticeship with teaching her a marketable skill.

When her apprenticeship in Xela was complete, Nicolasa moved back to the village in which she was born, San Antonio Palopó. Not long thereafter she met and married her husband – Josué, and within a year she’d given birth to a daughter, Tatiana. With no time to lose, Nicolasa and Josué dedicated themselves to building a better life. Nicolasa was determined that Tatiana would not experience the same struggles in poverty that she had known. One of Nicolasa’s first actions was to apply for a loan from FINCA so that she could purchase her own loom. Nicolasa got that first loan, and over the last several years, she has used successive loans from FINCA to buy an additional loom and the thread for her handwoven textiles as well as to make improvements in her home. Nicolasa works one loom herself and often times hires out the other loom to women in the village who cannot afford the 3000 quetzales ($400) that it costs to buy one. 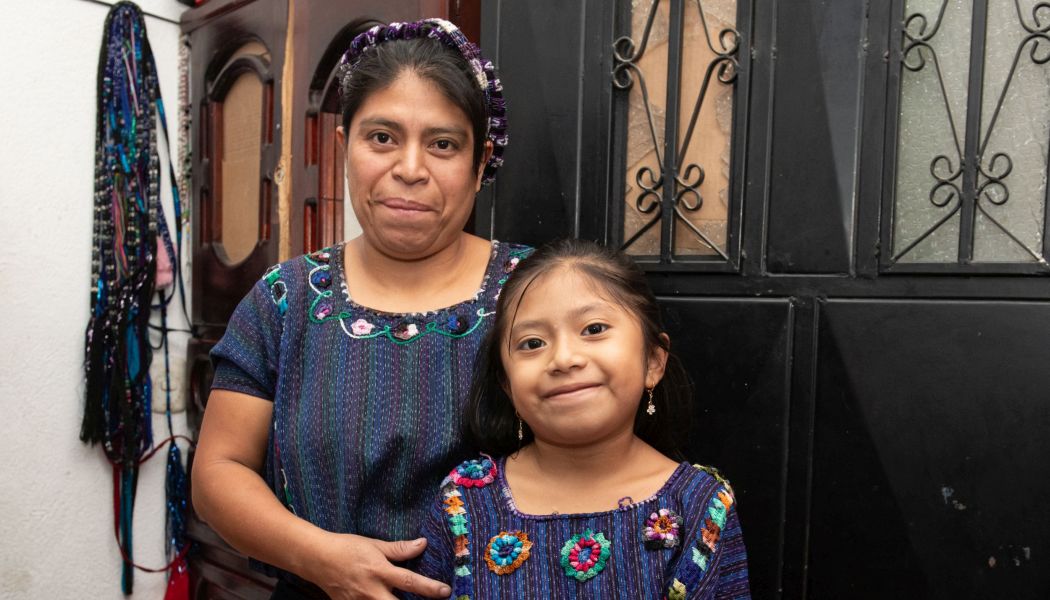 A Loom With a View

The town of San Antonio Palopó is built into the steeply sloped banks that rise out of the eastern shores of Lake Atitlán. Only two roads cut through the town: one running north to south the other running south to north. The majority of the town can only be reached by foot on narrow passageways and steep, concrete staircases. Nicolasa, Josué and Tatiana live in a small house that is only accessible by climbing several dozen flights of those steep, concrete stairs as you weave your way up and up the mountainside. Their house rises over three stories – each floor no more than a few hundred square feet. It is sparsely furnished, brightly painted, clean and cozy. Nicolasa’s weaving studio is located on the top floor … two looms with a commanding view of Lake Atitlán and three volcanos (Tolimán, Atitlán, and San Pedro) that surround the lake. Nicolasa appreciates how much better her life is today than it was when she was a girl. She knows that she is still poor by global standards but also realizes that her workshop has “a million-dollar view.” As for the future, Nicolasa believes it will be bright. Her current loan from FINCA is many times larger than her first. And she plans to continue working with FINCA for years to come as she strives to grow her tiny business. Nicolasa also plans to invest in her daughter. Compared to many of their peers, Nicolasa and Josué are building a family very slowly and investing tremendous resources in Tatiana’s education. Nicolasa expects Tatiana to complete high school and to attend university, to have more and better options than Nicolasa ever had. 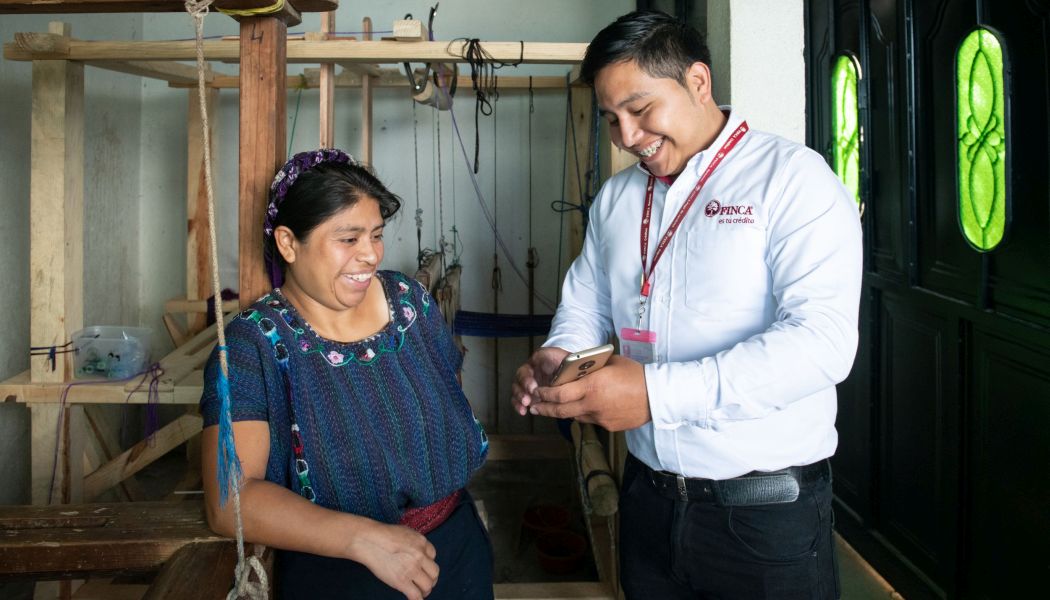