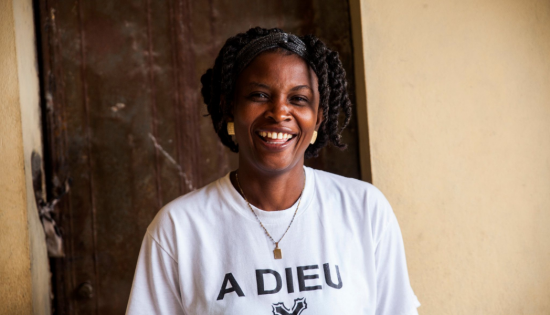 Financial inclusion is a key enabler to reduce extreme poverty and boost shared prosperity as it recognizes the wants gender differentially between wants and needs of both men and women. A recent study carried out in DRC by FINCA Canada, in partnership with the Government of Canada, called the Awareness, Choice and Voice report identified significant differences between men and women in the knowledge and awareness of financial products and services available to them. As a result, it was found women are much less likely than men to be able to find, and therefore access, the right financial tools to help lift themselves out of poverty.

This report works to accentuate the importance of providing equal access to financial services in both Haiti and the Dominican Republic of Congo (DRC). Lack of availability to financial products and services is one of the major barriers to a person’s ability to gain financial stability or start their own business in these countries, which has been recognized in this study amongst the Congolese people in the DRC, particularly women. The goal of FINCA Canada’s work is to help shift the traditional financial narrative of mere survival in developing countries to a more positive and future-looking one, providing them with an opportunity to achieve financial freedom and fulfillment while bridging the gender gap in the process.

Women have been and continue to be disproportionately excluded from accessing financial education and literacy in Haiti and the DRC, limiting their knowledge surrounding financial products and services. The new report outlines barriers for financial inclusion in the DRC to equal the road to economic recovery, revealing the gender gap as one of the most significant. The report found that women are more likely than men to struggle with low levels of awareness, as shown in the inability to name more than one or two basic financial products. As a result, without adequate support measures in place, women are disadvantaged with the lack the financial tools needed to pull themselves out of poverty or manage thriving businesses.

In addition, the report, which surveyed roughly 2,800 FINCA Canada and non-FINCA Canada customers, identified education, location and age as top demographic factors strongly impacting a women’s ability to find the right financial product. These are considerations that have no bearing on men. In terms of education, most women with less than secondary education could recall only one or two basic financial products. At the primary school level, 57 per cent of women showed limited knowledge of product awareness, in comparison to the 26 per cent of men. According to the report, at every educational level, women are more likely to have this problem than men.

The geographic location of women was also found to be a barrier to financial stability and freedom, as the report highlighted a divide in knowledge of financial products between urban and rural communities. This produces additional challenges for women as the majority of FINCA Canada’s female customers reside in rural communities where respondents tended to have less awareness regarding financial products available to them. This divide was found to be insignificant for the male counterparts. Furthermore, women’s awareness varies considerably with age, while awareness in men is roughly the same in every age group. Women’s limited product knowledge appears to be most common amongst the younger (ages 16-24) and older (65+) generations, signifying that more emphasis needs to be placed on educating women while in their youth in order to kickstart success in the future.

On a broader scope in Haiti and the DRC, men and women have a similar list of priorities in choosing a financial institution, with one notable exception being ATM use. According to the report, men put ATM use at top of their preferences, while women are most driven by the agent network. Women believe agency bank is more convenient due to its widespread availability in local communities and flexibility during working hours and weekdays. Women have also expressed a heightened sense of trust and safety while banking with an agent. In contrast, men feel that ATMs provide prestigious banking services and better confidentiality compared to agents, and believe they help to avoid liquidity as men are more likely to withdraw larger amounts than women.

The gender differences identified in the research between men and women when accessing financial products is a clear indicator for the ever-growing need to create programs that target the financial involvement amongst females. Women’s financial inclusion is a human right, which is why FINCA Canada is committed to helping 120,000 women in Haiti and the DRC through the OppHERtunity Campaign, supporting the financial inclusion and economic recovery of women.