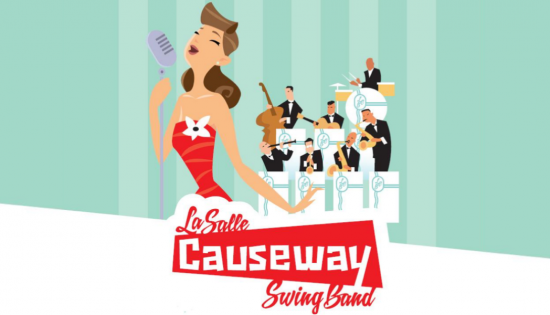 In an interview with FINCA Canada donor Mark Sibley, we explore how one individual’s passion for music and global change lives around the world.

What instruments do you play and why is music important to you?

In 1992, I found myself with three kids, holding down a full-time job and being a Scout leader. My wife signed up for an evening class in instrumental music where they loaned you an instrument and helped you improve even if you had zero musical experience.  I was jealous as I had really enjoyed music in high school!  I joined her at her music class and I’ve never looked back. My trombone “chops” improved and eventually far exceeded my high school skills. I am now in four musical groups and playing two instruments, so music has become a serious hobby!

Tell us about the LaSalle Causeway Swing Band

The LaSalle Causeway Swing Band was formed in the fall of 2010 and currently has sixteen members. The founders – David Lysne and Hannes Friedli – had a picture of a collegial group of local musicians who would play big band and swing music for charitable purposes. Our current musical director, Rick Calich has reinforced our intent to play the best music we can while maintaining a relaxed, fun and informal atmosphere. We have improved greatly over the years but we distinguish ourselves from “bands for hire” because we volunteer our time. This allows organizations like the Independent Living Centre to have fundraising nights with silent auctions and a dance without a lot of their proceeds being eaten up in paying the band. 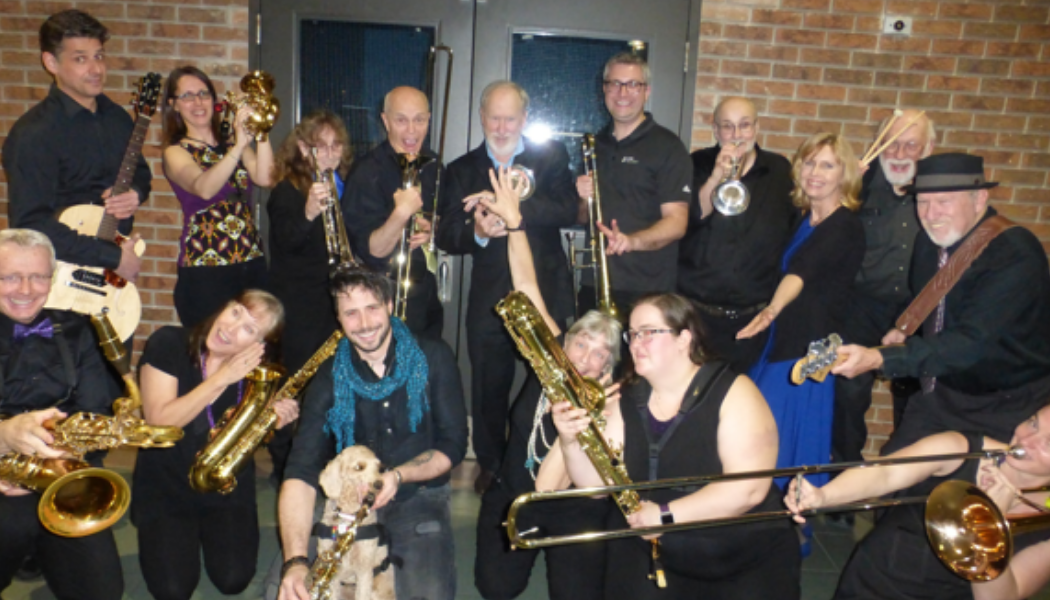 Why does the band choose to leverage your holiday concert to support charities?

Years ago, the band decided to have one holiday season concert a year which we organize and sponsor on our own.  We raised thousands of dollars for causes like relief for Ebola, Syrian Refugees, the Tsunami in Indonesia, Hurricane Matthew, etc. as well as local charities.  Some people donate time or money directly to charities but we are donating our time and talents instead.

A few years ago, I was in a position to sell one of my investments and rather than just pay capital gains to the government it made sense to donate mutual funds to a charity. I was looking for a charity that would generate a lot of “bang for the buck” in changing people’s lives for the better.  To me, a charity spending a dollar in a second or third world country would improve lives more than say a dollar spent by a Canadian medical charity.  After many hours of checking out various international charities, I settled on FINCA which took the concept of micro-loans, which I already supported and liked, and extended it to ideas like loans for more efficient cookstoves or solar powered battery-operated LED lights that could also charge mobile phones.  It then seemed like a logical extension to pitch FINCA as our international charity for this year’s fundraising concert!

What do FINCA and the Euphonium have in common?

When I mention FINCA as a charity I get a similar reaction to saying that one of the instruments I play is the Euphonium which is usually a polite version of “Huh?”.  However, as band manager, I was in the position to suggest FINCA as our international charity in September and after extolling its virtues, the band has supported this suggestion.  I hope to continue to increase awareness of FINCA’s great work (and the wonders of the euphonium) in the years ahead!

What change do you hope to make in the world?

Traveling to developing countries gives you an appreciation that we all have so much in common like wanting to improve your lot in life and take care of your family.  By luck, I was born in a rich country and so I hope to use some of my good fortune to help others.  I see FINCA as offering a hand up instead of a hand out.

The Christmas Benefit Concert with the Odessa Children’s Choir was held on December 16th, 2018, at the Chalmers United Church in Kingston, Ontario

We are honoured that FINCA Canada was chosen by Mark and the LaSalle Causeway Swing Band as one of the charities to benefit from this years’ Christmas Benefit Concert.

We love it when groups or individuals raise funds that will benefit our clients! If you have an idea, please contact us at [email protected]