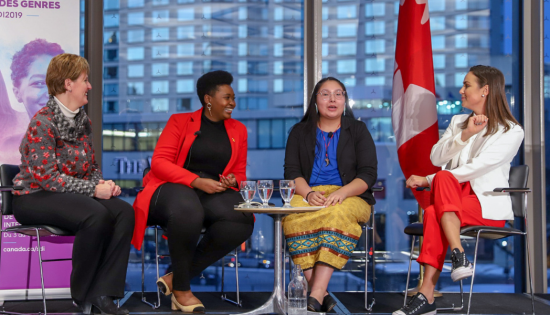 Every day, thousands of Canadians contribute to poverty alleviation and international humanitarian assistance in developing countries. Since 1991, these efforts have been celebrated coast to coast during the International Development Week (IDW).

On Feb 5, FINCA Canada joined the Honourable Marie-Claude Bibeau, Canada’s Minister for International Development, Global Affairs Canada and dozens of inspiring organizations to celebrate Canada’s action for global development under the theme “Together for Gender Equality”.

The signature event, hosted by our FINCA Canada ambassador and ETalk reporter Chloe Wilde, was broadcasted LIVE from the National Arts Centre in Ottawa! 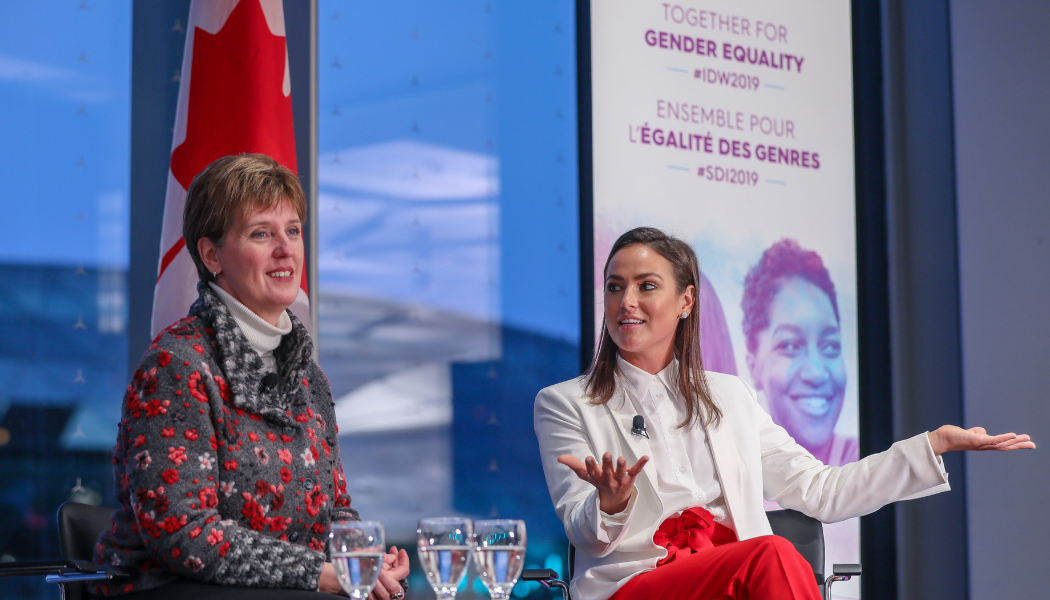 Chloe asked Women Deliver Youth leaders,  Barbara Nzigiye (n-Zee-Gee) and Reina Foster, what they thought about Canada’s opportunity for promoting gender equality, here and overseas. Originally from Rwanda, Barbara has been involved in supporting students from around the world for a number of years.

Reina, from the Lac Seul First Nation, is an advocate for First Nations Youth who has represented them in multiple forums, with a special lens on, especially mental health support. Reina believes that “in order to achieve gender equality, we have to look and hear the voices of the young people.”

These inspiring interviews were followed by a powerful word poetry piece, made by Jay Webster, 17, Sophia Abolore, 15, and Urooba Ahmed, 14, from Winnipeg. These Manitobans expressed important gender issues that hold the key to women empowerment.

The event ended with a dynamic performance by Kindred Culture, a Dance Group, dancers from Toronto who teamed up with World Vision in El Salvador.

Now that our batteries have been recharged, it is time to roll our sleeves again and drive lasting changes!