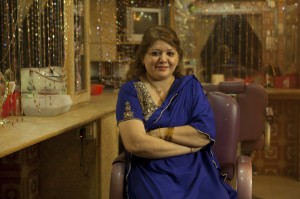 FINCA’s life-changing microloans and other products and services are now available to the hardworking women and men in Pakistan. Like people other countries in which FINCA works, from Guatemala to Tanzania, Pakistan’s poor struggle on a daily basis to escape poverty.

Expansion into Pakistan is important for many reasons. Most important, Pakistan is a huge country, the sixth most populous in the world, with more than 180 million people. The median age is 22 years, and per capita income is a mere $1,372 . More than 60 percent of its citizens live on less than $2 per day, and 22 percent live on less than $1.25 per day . Employment in the informal economy is 74 percent , which is precisely the group to which FINCA aims to provide a hand up through its services.

According to FINCA President and CEO Rupert Scofield, another reason for expansion into Pakistan is the belief that a lack of economic opportunity is at the heart of much of the unrest in the world. “By offering financial services to hundreds of thousands of Pakistanis in the coming years, I believe that, with the continuing support of our donors and investors, we can help create an environment that is more conducive to peace in Pakistan, the region and the world,” Scofield remarked.