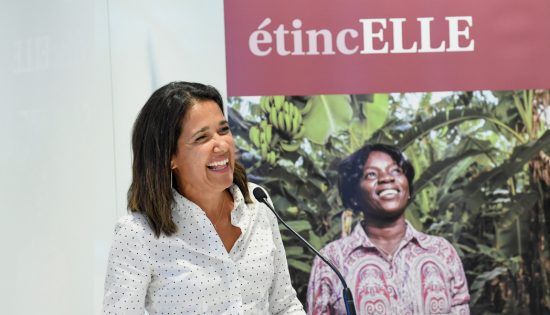 It was, therefore, the perfect location for last night’s inaugural FINCA Canada étincELLE (French for Spark) cocktail event as we gathered like-minded individuals from across sectors to learn more about FINCA Canada and how they can play a role in ensuring women living in poverty gain the opportunity for financial inclusion.

The evening began with reflections from Sophie Fouron, TV5 reporter and étincELLE’s first Ambassador in Quebec. Pointing out her author sister Catherine in the audience (who came up with the name étincELLE), Sophie spoke of her father’s roots in Haiti and what it means for her to have this opportunity to give back to a country that has given so much to her family.

Chadi Habib, Desjardin’s CTO, then welcomed everyone to the space and spoke about a small savings cooperative he visited in Tanzania many years ago, supported by Développement international Desjardins. The group was composed of albino women – and one man – all marginalized and living in poverty. Yet, together, they were building a better life for themselves and their families. He reflected that their energy was beautiful and contagious.

Stephanie Emond, FINCA Canada’s Executive Director, thanked each person for coming and let them know they were part of a select few who had been asked. This inaugural étincELLE event followed on the heels of similar events in Vancouver and Toronto. FINCA Canada’s $15M program in Haiti and the Democratic Republic of Congo, which will make financial services more accessible for women living in poverty has already started, and with 4 years left in the program, we still have $3M to raise. Will those gathered here join us in creating a better world for women and their families who live unbanked and invisible?

The enthusiasm for the project was palpable in the room – as you can see from the pictures here: https://flic.kr/s/aHsmhnu5TY 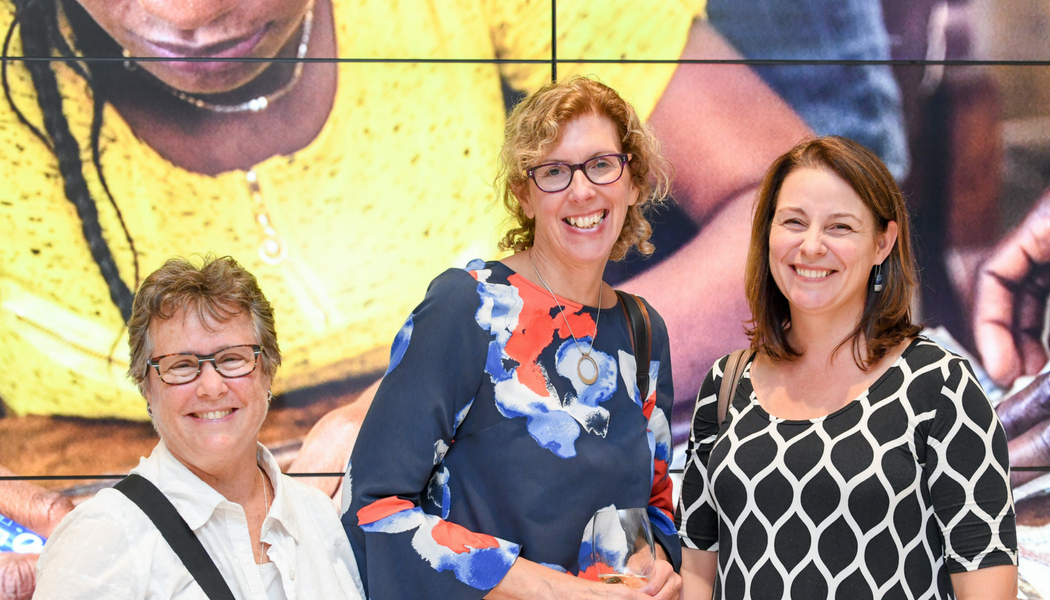 We are thrilled knowing we now have new Ambassadors for our étincELLE!

Thank you so much to Chadi Habib and Desjardins for hosting FINCA Canada and helping us spread the word about the importance of women’s financial inclusion. Quoting two greats that the world recently lost:

“…there is no tool for development more effective than the empowerment of women.” – Kofi Annan

And of course, Aretha Franklin – no stranger to overcoming obstacles herself – bellowed that all women deserve R E S P E C T.

Together we make her anthem a reality.