Inequity in vaccine access is a reality, just take a look at the graphs below. Compared to the countries in the global north where FINCA has offices—the United States, the United Kingdom, and Canada, vaccination rates in developing countries are incredibly low. 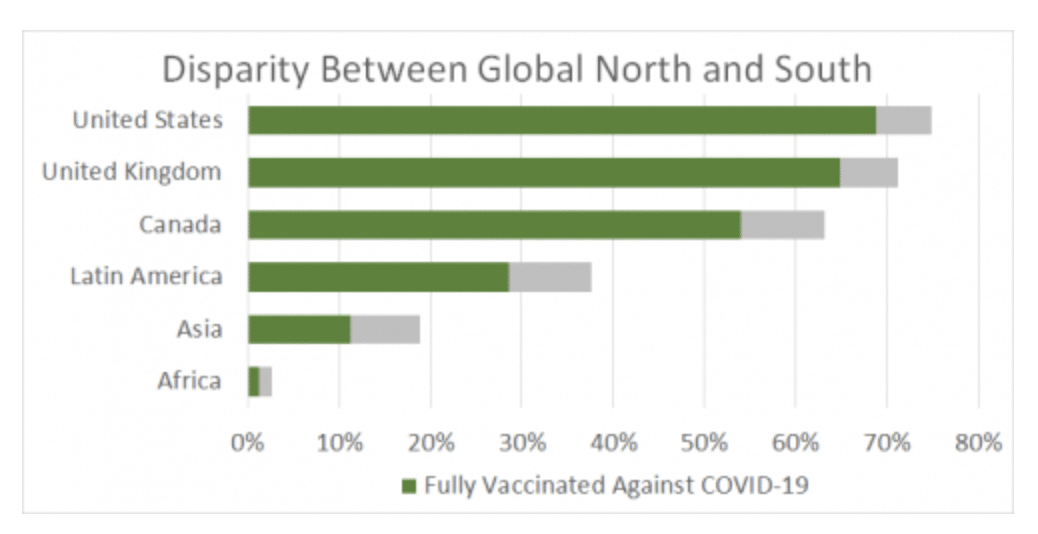 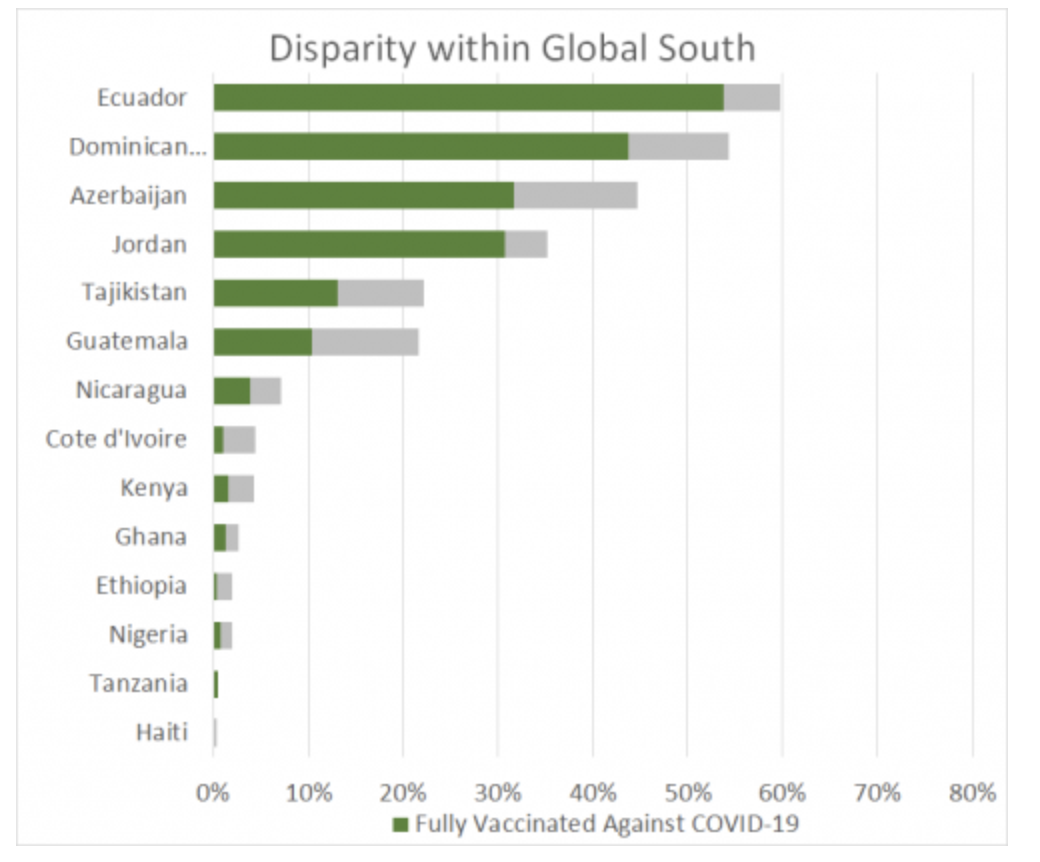 Africa and Haiti Have the Highest Rates of Vaccine Inequity

The 24 countries in sub-Saharan Africa where FINCA works have a population of more than 900 million. Fewer than 12 million of them have been fully vaccinated, with another 12 million having been partially vaccinated. This equates to 1.27 percent of the population receiving full vaccination and 1.35 percent receiving partial vaccination. And those abysmal rates are better than Haiti. Haiti was the world’s last country to begin vaccinations. Only about 40,000 persons out of a population of 11.5 million have received even a single dosage of vaccination.

With Your Help, FINCA is Combating Inequity

Many developing countries will have to wait a long time to gain the benefits of a partially vaccinated, let alone completely vaccinated, population. FINCA is not directly engaged in the fight against vaccine inequity. We are, on the other hand, deeply active in the fight against poverty and in assisting the world’s underprivileged in overcoming this pandemic. Your continued support for the women and men FINCA serves is crucial now more than ever as they continue their long fight against COVID-19.